My Paintings are Rhythm Fields 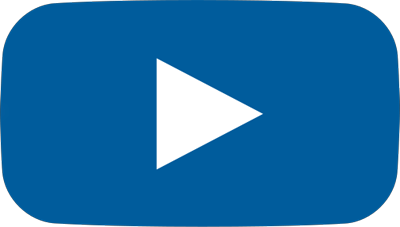 "It all begins with the action. It is from movement that Horst Gläsker evolves his work: a furious dance, now free and circling, now following wild rhythms. Trusting in the unrestrained form of the action which gives free rein to every intuitive fantasy, rules out every preconceived plan, and leaps over motivistic preconceptions and structural limits, Gläsker succeeds in producing a work that transforms, in often protracted operations, the traces of the eruptive genesis into elaborated, independent imagery..."

Spheres - this series is based on the Brush Dance Paintings, which are further developed by digital means. The digital image is then produced as a fine art print.

"Rhythm. This measure of time, not a primarily visual term, was more important to the painter than all other terms that revolve around the sensations of the retina. This passionate peintre pur is also at one and the same time a saxophone player and a clarinettist, a mouth organ player and a pedal organist, even if his performances are now brush dances, and have long been so. It is in rhythm that he combines his life as a musician and his life as a painter."

"One vortex superimposes its shape on another until the erupting waves cover the entire space. We are drawn spontaneously into the whirl of the current, our senses reeling. The illusion of the momentariness of the representation – "the spellbound moment" – succeeds perfectly, it is impossible not to become emotionalised by these cosmic scenarios..."

Megaspace - this series is based on the Brush Dance Paintings, which are further developed by digital means. The digital image is then produced as a fine art print.

"Gläsker's painting expresses his sheer pleasure in painting and in the gestural rhythm of the paintbrush. His very person vibrates all the way through to his fingertips whenever the dynamism of the image is at stake. There's nothing nervous or unsure about it, just the pulsating throb of aroused sensations. The artist is fulfilled in a way otherwise possible only by listening to music..."

"Sun's orb, worldly labyrinth, heavenly waters – I am interested in all that is unconscious and sublime in art."
Horst Gläsker

"...Gläsker dances in giddy, trance-like abandon, but then he draws with the utmost care and control. He changes from acceleration to deceleration, creating an effective method mid-way between free, uncontrolled gesture and the variables of precise observation. For it would be wrong of us to overlook the fact that, even when it comes to clarity of outline, he preserves the freedom of interpretation and artistic decision to the very last..."

Quoted, in translation, from: Manfred Schneckenburger, welcoming address at the exhibition: Horst Gläsker – Pinseltanz at the Municipal Gallery in the Town Hall of Lippstadt 2009

"I only love a work of art if it can lay claim to the whole world of painting. Basically I always have an absolute claim on the painting."

"Gläsker's paintings draw on a wealth of symbols in which cultural contingencies of the world, individual and collective attitudes, subjective and objective notions are excitingly woven into a completely new, overarching whole. This immersion into the symbolic imagery of "cultures deeply past" is just as intuitive as it is conscious, but always playfully theatrical, and for Gläsker it still renders the material world transparent down to the very essence of its being."

"Horst Gläsker once described his sources of inspiration as "cultures deeply past".* Ancient Egyptian, Etruscan and even Melanesian objects and works of architecture have always fascinated him. Indeed, they confirmed him in his own aesthetic vision. He has never consciously drawn his inspiration from foreign cultures. On the contrary, it was always they that came to him and he could then simply immerse himself in them. What gave him assurance was that he could sense a kind of "world organization" comparable with his own ideas. These ancient cultures, his sources of inspiration, considered buildings and objects to be equally important for life and for art: "They wanted to make life, and survival, pleasant." Making life and survival pleasant was seen by Horst Gläsker not as a material luxury but as a spiritual one. It is precisely this component that he misses in the ideology of our society today. "Basically I would like to do everything in such a way that it does me good," Gläsker says.* Art affords him the possibility of expressing such a sense of well-being. The fact that he encounters these ancient cultural sources again and again shows us how very much alive this wish is in us all."

"Making its way through a great many "art-on-building" projects is a whole population of grotesquely bizarre figurines with widely spreading horns, mops of hair standing on end, snake-like bodies or other attributes of barely definable parentage. Some of them, on the other hand, come straight out of ancient mythology and are hence readily identifiable. Hordes of centaurs, satyrs, sirens and griffins mingle with unknown "scharans", "egolings", with American Indian and Oceanic spirits. For all their differences, they all have something in common: they feature exceedingly clear, extremely articulated contours that soar, twist and turn, brim with sensuality. They play their pranks on their own or with their peers in parks and on fountains, on mobiles or chandeliers. They are Gläsker's Wild Army, cropping up wherever the mischievous mates with the erotic, wherever the boring, gray, bureaucratic world opens itself up to the delights of the mythological and the fantastic, the decorative and the ornamental, the excessive and the intensive."

"Commonplace, hackneyed carpet and wallpaper patterns are the starting point for Horst Gläsker's large format paintings. Contrary to American Pattern painting, with its decorative ornamentation, the existing pattern of the wallpaper or carpet is painted over in an act of what might be described as conceptual self-awareness. Indeed, Gläsker fights against the pattern and, by the same token, against the cliché and breaks out of it, or he takes the theme further, into other colours, other patterns...
Thus it is that triviality is not affirmed by the painting process but rather undermined by it, while the ornamentation is given a level of meaning that is analogous to the original one..."

Quoted, in translation, from: Veit Loers in the catalogue: Trivial ein Signal, catalogue accompanying the same-titled exhibition at the Museum Leerer Beutel, Municipal Gallery of Regensburg, 1982

"Painting on carpets completely opened up painting for me, not least because the carpet pattern freed me from the need to think in any way about the composition. The moment I began to paint on a carpet, it was like being wrapped in meditation; I now understood what the colours were, what red was, what yellow was, what blue was, what the countless possibilities of mixing them were..."

"I cannot understand Gläsker in any other way than in this Fluxus atmosphere: he is first and foremost a hands-on artist, and just as I cannot imagine his fantastic musical instruments until he plays on them, I cannot understand the entire dimension of his painted carpets and wallpapers until I am able to imagine the actual act of painting on them. It is an act that contradicts the canon of academic art and might be likened to the kind of stencil painting with which grown-ups try to encourage their children to paint. It is in fact one of the most qualified, not to say most powerful engagements with the history of art."

"The "Rhythm of Images" begins with a "table concert", a wooden tabletop serving as a percussion instrument. A slow, lamenting blues played on a jew's harp and a harmonica works itself up to a fast, hectic groove, while the cinema screen shows painted images that Gläsker has subsequently processed digitally. They glide past the eyes of the viewer like the lens of a film camera panning slowly across a panoramic landscape. The sweeping cascades of colour, now larger, now smaller, finally curl around an imaginary axis and disappear into the darkness. The associative dynamic of combined sounds and images transports the audience into a contemplative mood."

Premiere Review by Jürgen Raap of VOM RHYTHMUS DER BILDER on May 29th 2011 in the Rex-Kino, Langenfeld